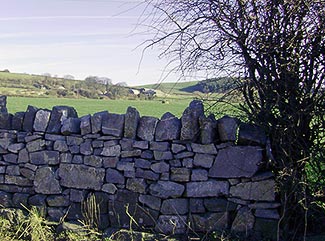 The Gwaenysgor Conservation Group was founded in 1980 and has been successful in achieving some important changes in the village. The Group is a registered charity and its objectives are “to conserve the village of Gwaenysgor, its wildlife and natural habitat.” Gwaenysgor has been identified as a conservation village and is within the Clwydian Range Area of Outstanding Natural Beauty (AONB).

Recent activities by the Conservation Group 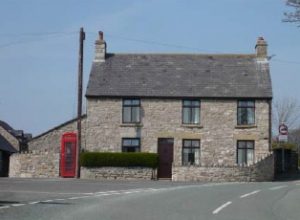 The Conservation Group has been fortunate to secure founding from Cadwyn Clwyd to convert the K6 telephone box into a Community Information Centre . We are in discussions with Cadwyn Clwyd as to the design and contents .

Our thanks go to the members who turned up to litter pick on Saturday 17th September – the good weather helped. Our thanks go to Judith of “keep Wales tidy ” who provided the equipment and also to FCC who collected the rubbish in the afternoon.

The Group AGM was held on Wednesday 28th September, 2016 at 7 pm in the village hall Gwaenysgor

Please click on the below green link – whereby a pdf of the minutes of the AGM is available.

The Conservation Group has been the recipient of an award from the AONB and from Age Concern for its work in the past and in 2007 one of the founders was honoured by the AONB Advisory Committee “in recognition of an outstanding contribution to the conservation and enhancement of the landscape of the AONB”.

The Group has been successful in acquiring a series of grants for its work. Additional work on dry stone walls, hedge laying and a mapping of historical features will be completed under the terms of the last grant in 2007-08. Gwaenysgor remains the only parish in the AONB to have all its footpaths open.

At the Millennium a sub-committee worked with the Community Council to create the Millennium Trail linking Gwaenysgor and Trelawnyd. Some of the other things that have been accomplished over the years include:

The group is monitoring and actively involved in:

We are very grateful for past support by members and invite new members to join us in our work.

Walking with History, a guide to walks in Gwaenysgor and Trelawnyd was written by Roger Hadley, who was an enthusiastic member of the group until his death in 2001. It was published in 2000 to accompany the establishment of the Millennium Trail, which was created with a grant to the Trelawnyd & Gwaenysgor Community Council.

The Gwaenysgor Conservation Group took responsibility for work on the walks in this parish. The Millennium Trail was opened by Sir Dafydd Elis Thomas in January 2001. Roger Hadley was also the author of a history of the village entitled On Common Land: an Exploration of the History of a North Wales Village from 1850 to 2000, which was published in 2003. The blurb on the dust cover says:

“Well illustrated, rich in detail, full of characters and controversy, the book is both a good read and a doorway into the past of our grandparents and great-grandparents.”

Clare Wenger Hadley will be maintaining this page on behalf of the Conservation Group therefore, any material re conservation matters, please contact her on: gcwenger@btinternet.com/Tel:(01745) 856377.

Want to find out even more about Gwaenysgor?

We are very grateful for the permission granted to use several extracts from On Common Ground: An Exploration of the History of a North Wales Village 1850-2000 by Roger Hadley.

If you’d like to find out more, copies of this book are available from Clare Wenger:  gcwenger@btinternet.com or phone (01745) 856377.